Do you want to know a good way to fall in love? Just associate with all your pleasant experiences with someone, and disassociate from all the unpleasant ones.

The reason people have problems is that they have too much time to think.

Lately, I have been so intrigued by the question “Why” that it has clouded my life-long fascination with the “How”.

Trying to answer the fundamental Why questions remains a quest – its deep, its meaningful, even sexy.

Trying to answer the How is less glamorous. It is an arena filled with squabbling crooks, missionaries, conmen, charlatans, quacks and well… those like me. Since masses care about the How more than the Why, there has been commercialization of this space too.

Here is why I care about “How”

The lack of empirical evidence is more the norm than an exception of the discipline of mind-science (to use a not-so-graceful term).

Evolutionary Biologist Erns Mayr argued that no field of biology can match the precision and power of physics, because unlike electrons and neutrons, all organisms are unique. Even then, the difference between two different kinds of bacteria or different types of horses is trivial compared to differences between two human beings, even those who are genetically identical. Each individual mind may change dramatically when its owner is spanked, learns the alphabet, reads a book, takes a drug, falls in love, gets divorced, undergoes Jungian dream therapy, suffers a stroke. The variability and malleability of the human mind enormously complicate the search for general principles of human nature.

Millions and millions of people receive inputs through psychoanalysis, which Freud invented a century ago. Psychoanalysis also fares very poorly in empirical research. Freud has been described as a cult-leader who excelled at self-promotion and also as a genius whose insights into the psyche, though difficult to pin down empirically, still “ring” true. Each of these views is defensible, and the persistence of psychoanalysis proves the inability of science to offer an obvious superior explanation of the mind and its disorders. Freudians cannot point to an unambiguous evidence of their paradigm’s superiority, but neither can proponents of more modern paradigms.

The field of social psychology – which continues to speculate about human culture – coining terms that we are so intimately familiar with as teachers – like “identity crisis”, “conventional wisdom” or “learned helplessness” – these are not scientific theories but “help us think”.

A slightly different approach then, would be to judge paradigms of thought, not on what they say – but for what they do. The question shifts from “Is it true?” to “Does it work?”

Early advocates of Quantum Physics could only describe results from esoteric experiments. Later, they had the supporting evidence from fission reactors, transistors, lasers, thermonuclear bombs – technologies that altered the course of history. For many physicists; whether quantum mechanics is true is almost irrelevant. It works.

I believe – the name, the label, the thought-movement or affiliations don’t matter. I discovered NLP and several other philosophies in a personal quest for meaning and growth and accepted that which made sense and matched my experience. This strategy has worked for me. I cannot claim in all honesty that I have not been skeptic or unfairly judgmental of certain bodies of knowledge. However, in such cases – the loss has been mine.

I chanced upon a photo-album in my hard-drive. It had pictures of Gandhi, Richard Bach, Tim Berners Lee and others. At first, I just couldn’t for the life of me remember, why I had created this album and downloaded these pictures. Then it dawned on me. I was creating an an album with pictures of people who had really made a difference to my life. Who had mattered. People who had me look at life in a whole new different way. Usually, coming across them meant an intense and immensely satisfying period of personal growth and learning. I was never the same again after crossing paths with them.

Thought it would be fun to capture this list. So here it goes – in no particular order:
Kalpana desai: 1998 – She was the trainer for a Silva program I attended. She was kind, compassionate, loving and really cared for the audience. She was the first trainer I ever knew.
Sue Knight: 2002 – I attended a two day workshop by Sue called ‘Introduction to NLP’. After relentlessly pursuing NLP on my own for three years – finally getting to learn it from someone as insightful as her was a revelation. She also helped me make some powerful distinctions about myself.
Premchand: I am yet to find a better writer than Premchand. He makes me want to write. His stories and novels literally taught me the beauty of the written word.
Neale Donald Walsche: His book “Conversations with God” helped me create a model of the universe and its meaning – which held good for a very long time. It helped me build some of my core beliefs about the world.
Anthony Robbins: He introduced me to NLP
Sabah Carrim: She introduced me to pure philosophy and conversations with her about philosophy blew my mind. Everything I knew suddenly became a subset of something bigger, more wonderful. The fundamental questions I was asking about life and work changed. The brightest mind I ever came across in person.
Anne Townsend: Taught me how to facilitate. Her kindness and affection with a greenhorn trainer like me allowed me to build confidence in myself. She said one of the most powerful things I have ever heard “We are not different from each other, we’re different like each other”
Mark Wedgwood: Taught me how to facilitate. Anne and Mark were my first models of serious facilitation and I blindly copied (er… modeled 🙂 ) what they did in the first two years after I went solo. I also value his friendship and some amazing conversations we’ve had.
Dale Carnegie: In 9th standard, I read his book “how to win friends and influence people” – the first non-fiction book I ever read. Got me started on non-fiction.
Azam Pasha: Discussions with him about life, love, creativity and philosophy added new dimensions to my thought
Swamini Vimalananda: Attended a Chinmaya Yuva Kendra camp in her guidance when I was about 12 years old. Met her again when I was 24. Her grace, depth and self-effacing humor probably got me interested in personal growth to begin with.
Ayn Rand: Fountainhead seared itself on my mind for years. I came across her in school – while I tend to disagree with some basic tenets of her philosophy, she helped me find my own voice.
Richard Bach: Introduced me to the magical world we live in and a philosophy of life which resonated true. Illusions remains one of my favorite books.
Purushottam Rai: My grandfather – every moment with him makes you want to be a better human being. Can I be like him when I am old, please 🙂
Gandhi: I read his autobiography in a train journey from Ranchi to Chennai. Life changed forever. Some of my fundamental ideas about our world, war, peace and society are derived from Gandhi.
Tim Berners Lee: Thank you for having the courage to give away the www to the world for free. it changed my life in so many ways that I cannot even begin to describe. I couldn’t sleep the night I came to know about the world wide web, in 1997 🙂

It’s been a while.
I am back.
It feels good.
A lot has happened.
But this blog is not about me. (ok, maybe a little)
It’s about learning, growth, change, freedom, adventure, fun.

I am back.
It feels good.

Three Days off work.
And I am off on a mini vacation!
See you Monday.
Take care and have a fantastic weekend!

A big overhaul of www.abhishekkumar.com – my web site is underway. Some very key elements to make the web site successful are yet to be figured out. I have been spending the past two days learning about Keywords, Meta Tags, and Frames etc. I went to college with computer science as a major, so I cannot claim complete ignorance of the technologies that work behind the scenes to make a web site come alive on our computer screens. I do believe, though, that the process of creating a search-engine friendly, well organized, logical web site can have a steep learning curve. Well, I am climbing.

I am also planning a series of articles on the most common personal development issues we face.

So, coming…
All this and more.
Stay tuned. (

Posts are now sorted into topics.

Most of today was spent trying to learn how to sort the posts in this Blog topic wise, instead of by months – as is the default provided by Blogger.

After hours of browsing and learning and looking at scripts that seemed more hostile than Chinese…finally I got it working.

On you right, you would see the topics under which the posts are divided. When you click on a topic, the page re-loads and all the posts under that topic get displayed just below the heading “Topics”

Hope this makes accessing posts for you easier.

The big promise of this software is that you need not visit the site to publish.

You can type in stuff from the comfort of you MS-Word editor and publish your blog from there.

So, does that work?

Well, if you are seeing this. It does! 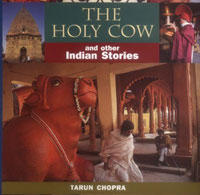 Reading this book called “Holy Cow” by Karan Chopra – it’s such a delight. It’s written for first time tourists to India. Our country is so colorful. And we hardly notice. Reading about the Mughals, Hinduism, Buddhism, Sadhus – it is somebody telling me everything I know……. for the very first time. And you know what? That changes everything!

For example, when Mumtaz Mahal was dying, a tear drop fell from her eyes and rested on her cheek. ShahJahan picked it up on his finger and said ‘I will build a monument that looks exactly like this tear drop, descended from heaven and eternally frozen on earth….” That is how Taj Mahal was built. While Taj Mahal was being built, a small city called Mumtazabad sprang around it. Imagine this…. Taj Mahal being built… 500 elephants bringing marbles, silver and gold to Yamuna… Craftsmen, engineers, workers….. The whole place hustling bustling for over 20 years with one goal… To create an eternally frozen tear drop on earth….

Or Aurangzeb… The super-villain amongst Mughals was the least indulgent of them all. He wore white clothes, no jewels and sew caps for a living. He was a fundamentalist and he razed numerous temples and gurudwaras to ground. He did not take opium (every other Mughal emperor was big on dope) or alcohol and did not have any monument built for his death. He lies buried in an inconspicuous grave near Aurangabad (which Anisha, my neighbor has visited :-D)

Or did you know that Ganesha, the elephant God has only one tusk. He broke one off while writing Mahabharata (which was dictated in one sitting by Vyas) to use as a pen.

Or that Jain religion favors extreme form of ascetism. They wear those white masks because they do not want to kill an organism while inhaling or exhaling.

Or that Sikhism is the only religion in the world where the book defining the religion was composed while the figurehead of the religion was still alive. Sikhs do not worship statues, they worship the book – “Guru Granth Saheb”

Or that 85 temples dedicated to love and passion were built, out of which only 22 remain and Khajuraho is the most well preserved.

I am really enjoying this book. Really. It’s about rediscovering what I have known all my life and there is nothing more interesting than looking at something you know and you think you understand very well in a new perspective.

PS: Do not confuse this with another book called Holy Cow by Sarah MacDonald.